What Your Cat’s Behavior Is Telling You 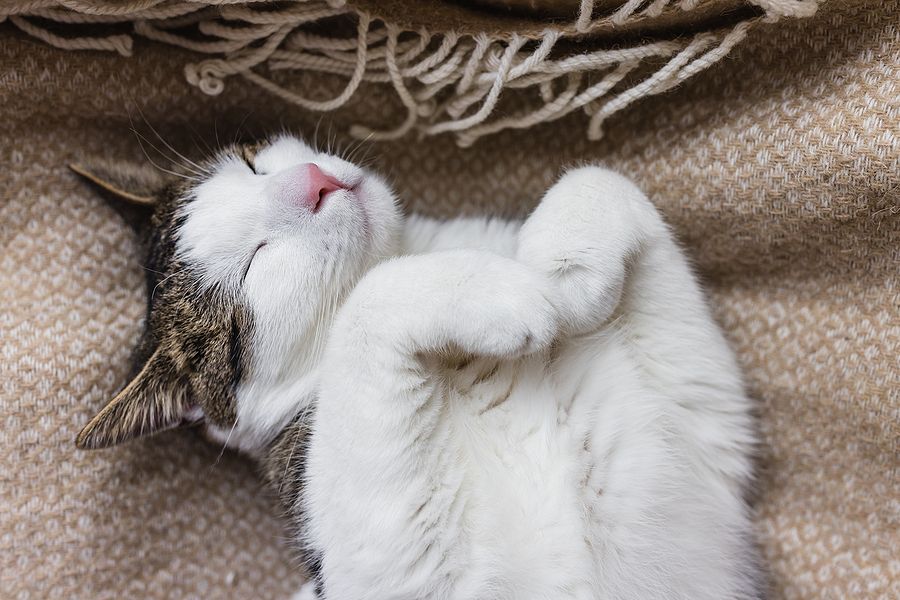 Most cat parents spend so much time analyzing their cat’s behavior and reactions that they believe they know all they need to know about them. However, the truth is, in most cases, these behaviors are being misinterpreted. Cats communicate in ways that are difficult to understand and many times, it’s hard for humans to understand their intentions.

At Balanced Pets in Traveler’s Rest, South Carolina, we want to help you understand what your cat’s behavior is telling you. We specialize in primary and integrative care for your pets. We will listen to your concerns and work with you to help you make the best decisions regarding your pet’s care.

In this article, we’ll go over how your cat’s character and personality is formed, as well as some of the most common feline behaviors. While it’s important to understand these common behaviors, it’s also important to take the time to get to know your cat, as each feline is unique.

Before we discuss common feline behaviors, we’re going to take a look at how a cat’s character is formed. The beginning of a cat’s life sets the blueprint for its physical characteristics, as well as its personality and behavior. As a cat is introduced to the world around them, they form perceptions that will last a lifetime. If their early experiences are negative, it can cause behavioral issues later that are difficult to solve.

In addition to their experiences, some of the other things that impact cat’s behavior are:

All of these combine to create the personality and behavior of your cat. However, no matter how much you try to create a positive experience, these things can’t always be predicted. The best thing you can do as a cat parent is to make sure that you meet your cat’s needs, provide them with positive reinforcement, and make sure to respect their boundaries.

The connection between cats and humans has been developed through centuries of domestication- but it’s still mysterious. In addition to behaviors such as defending their territory and adhering to a routine, it is believed that their survival instinct influences their interactions with humans. A 2017 DNA study indicates that cats began the process of domestication themselves. They may have formed a bond with humans due to the potential of humans providing them with food.

Unfortunately, due to the high population of felines, some domestic cats grow up semi-feral or completely feral. Some cats live on farms and help control the population of vermin by catching and killing the rodents, as well as spreading their scent to deter vermin from coming back.

Since cats typically avoid humans they are not familiar with, they are not likely to approach strangers. If they feel they are in danger, they exhibit warning signs, including hissing, scratching, lowering their ears, bristling their fur, and arching their back. On the other hand, some cats are socialized with humans and will allow strangers to pet them. If you are trying to assist a stray or abandoned cat, you must be gentle and patient.

Once a cat becomes part of the family, there are several behaviors that will expose details about their relationship with humans, including:

In order to show closeness and affection, cats often lick their humans. This mimics the interactions that sibling kittens have with each other.

In order to mark their humans, cats often rub their head and face against you. They do this for their own security and to show that you are part of their family. In some cases, your cat may give you short head butts to get your attention or show affection.

When your cat is biting or scratching you, it doesn’t necessarily mean that they don’t like you. It is often an indication that they did not learn how to appropriately interact with humans. However, you can stop this behavior and teach them to play nice with patience and positive reinforcement.

There are several reasons that cats may hide. Some of these reasons are more positive than others. For example, when a cat is resting, they want to be secure, so they often find a place to hide. In some cases, cats will hide when they are stressed or unwell. If your cat is hiding, it is important to find out why.

Depending on the context, rolling on the ground may be positive or negative. Cats often roll on the ground when they want attention, are in heat, or just want to stretch out and relax. On the other hand, some cats will roll compulsively or when they are agitated, which can be an indication that something is wrong. If you’re not sure, schedule an appointment with the clinic as soon as possible.

There is some belief that cats only meow to humans- but this is untrue. However, they do tend to vocalize more with humans. As kittens, they meow to their mother to have their needs met. They meow to humans for the same reason and will even modify their meows to train their humans to understand what they want.

There are lots of other cat behaviors that can explain the bond that cats have with their humans. Some of their strangest behaviors have very important motivations. In order to know your cat’s state of being, it’s important to understand their behaviors. If you’re not sure or you see some problem behaviors, it’s important to visit the clinic to find out if there is an underlying health issue present.

As you can see, there are many common behaviors that cats share. However, it’s also important to understand that cats are unique. As a cat parent, you must take the time to get to know your cat’s behaviors so that you can understand them more. At Balanced Pets in Traveler’s Rest, South Carolina, we are here to support you in your journey. We provide primary and integrative care for your cats and other pets. We can help you understand your cat and its personality so that you can provide them with the care and attention they need.